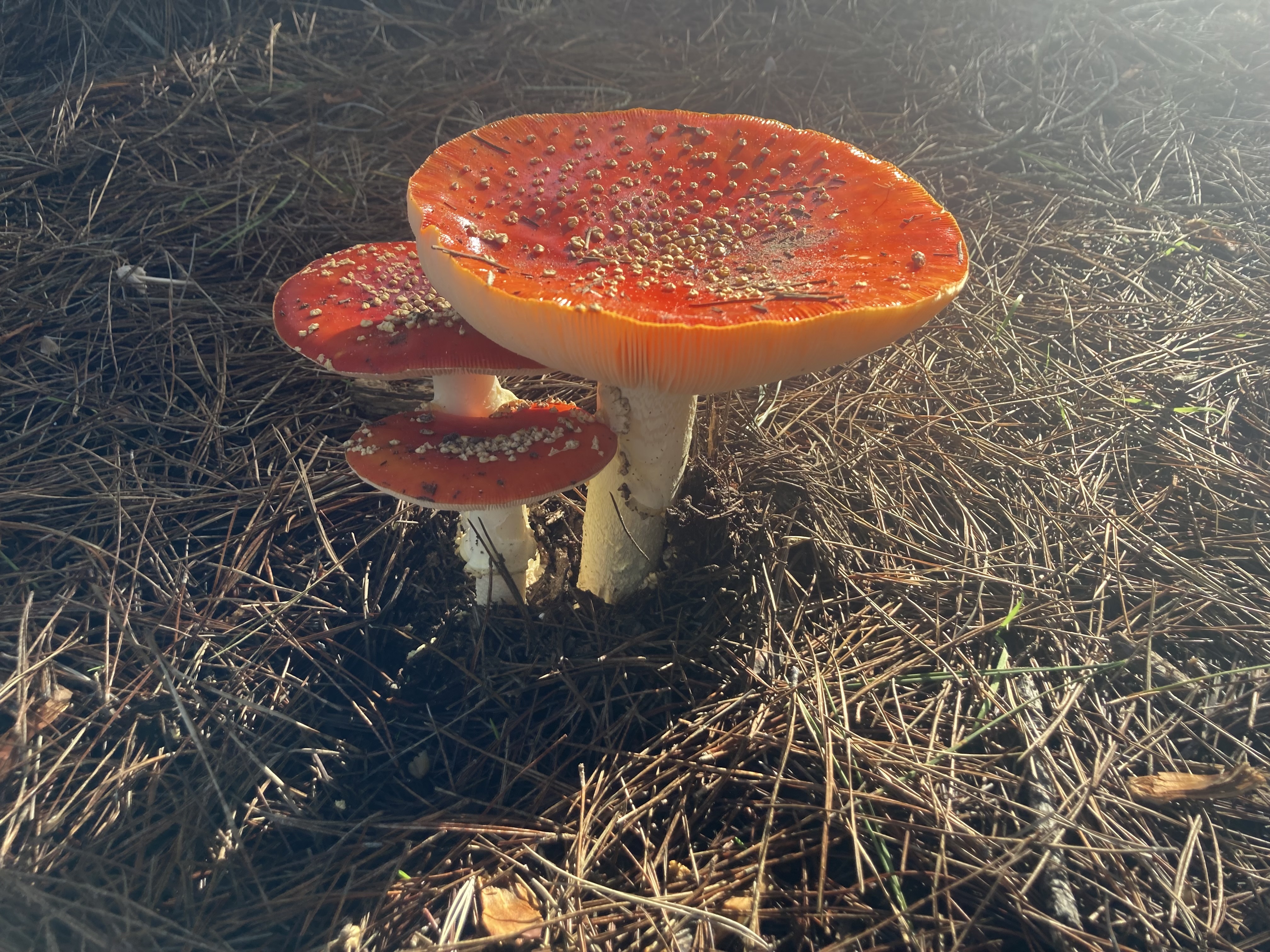 This winter’s ample rains have produced a flush of mushrooms all over coastal California.  While foraging – or wild collecting – of mushrooms has become very popular, this is a gentle reminder that collecting mushrooms on the Fiscalini Ranch Preserve is prohibited.

Over the last few weeks, mushroom foraging has been a topic of lively discussion on social media.  Most people write in favor of protecting public resources, while others argue that, unless humans harvest the mushrooms, they are “going to waste”.  A similar argument could be made for the timber on the Preserve, yet few seem to be in favor of logging the Ranch or allowing for Christmas tree harvesting.  Another justification for foraging is that “we have been doing it for years”.  For nearly 100 years, the land was a cattle and dairy ranch.  Again, there is virtually little advocacy for a return to ranching the land—or hunting for that matter, a practice that is very old indeed.

Fiscalini Ranch Preserve was created as a nature preserve for Cambria’s residents and visitors to closely observe and immerse themselves in natural surroundings.  To afford every person the opportunity to enjoy the Preserve, rules were established in the East West Ranch Conservation Easement Public Access and Resource Management Plan, adopted by the Cambria Community Services District (CCSD) in 2003.  These rules protect and enhance the Ranch’s conservation and recreational value, in part, by prohibiting certain actions.

Prohibitions are posted on the websites of the CCSD and Friends of the Fiscalini Ranch Preserve.  They are posted at every trailhead and are in the brochures.  Any legal forager has easy access to the rules, which state, “Planting, cultivating, or harvesting of plants, including wildflowers and fungi, is prohibited.”  Law-abiding foragers check local regulations before collecting.  No additional signage will deter those who disregard the law.  The justifications for foraging on the Ranch are numerous and inventive, but in the end, no reason can overcome the fact that all collecting is prohibited on the Preserve.

Several upcoming docent walks focus on mushroom identification and appreciation.  See, for example, the docent walk “Marvelous Mushrooms!” with David Krause of the California Native Plant Society on Saturday, January 14.  Find out more and register for these free programs at:  fiscaliniranchpreserve.org/explore/.